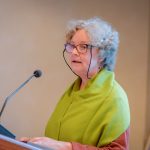 Professor Lyn Parker from Asian Studies in the School of Social Science. Lyn has worked at UWA for 20 years. Her contribution to UWA — in academic leadership, diverse and substantial research output, international reputation and supervision of PhD students, especially from Indonesia—is immense. She established the Western Australian Indonesian Forum, which attracts postgraduates from across several campuses to annual conferences at UWA, the Indonesian Study Group and conferences such as the Asian Studies Association of Australia 2015 and Women in Asia 2017.

More importantly for this Award, is Lyn’s contribution as a wonderful human being, her selfless care for others, supervising, guiding and encouraging her postgrads, as well as supporting and mentoring fellow academics.

Nominating statements repeatedly used the words care, compassion, commitment and humility. Lyn’s students and colleagues all recognise the quiet way in which Lyn goes about her work, providing support, encouragement and acting as an exemplar of how one should work and live.

“Lyn has won teaching awards, but the depth of care that Lyn has given me cannot IN ANY WAY be adequately captured by something like Excellence in Teaching”.

“Lyn is the kind of professor that I aspire to become. She demonstrates not only how to be a senior academic, a scholar, supervisor and educator but also how to be an excellent colleague. We need more like her if we are to continue to seek – and share – wisdom”. 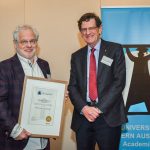 Professor Kim Kirsner – no longer working at UWA – joined UWA Department of Psychology in 1972 and retired fully in 2014.

Kim’s students particularly remember his enthusiastic lectures in cognition and the opportunities that he afforded them, such as co-writing papers and collaboration that were not normally available to students at that time. He inspired many to academic careers in universities around the world.

In his field of research, several of Kim’s papers are still considered classics in the area of Implicit Memory, and in 1997, he was elected a Fellow in The Academy of the Social Sciences in Australia, an honour bestowed for scholarly distinction in research or the advancement of social sciences.

Outside of the University, Kim was instrumental, as a founding member of the Finding Sydney Foundation, in locating the wreck of the WW2 warship HMAS Sydney, an extraordinary achievement in that he employed techniques from cognitive science, rather than traditional shipwreck location techniques. Kim’s unique approach solved a decades-long mystery and helped many families finally understand what happened to their loved ones.

Professor Robert Lambert – Posthumous – was nominated by a group of colleagues with immense support from others in the labour movement globally.

Professor Lambert started his academic career in South Africa, before joining the Business School at UWA in 1990. His scholarship made a critical contribution to labour studies and his academic achievements in this area reflected his intellectual acumen. Rob earned an international reputation for the quality of his research and was also held in high esteem by both colleagues and students for his mentorship and teaching.

Outside UWA, Robert was passionate about trying to right the wrongs in our society and was unique in his use of scholarly tools in combination with social movement leadership.

Rob’s commitment to social justice stretched back to his involvement in the anti-apartheid movement in South Africa, but it was Rob’s concern for the status of workers in the South that motivated his most lasting activism.

His research had taken him to some of the nearby countries where he met and saw first-hand the status of workers. His scholarly understanding of neoliberalism combined with his concern for workers that he met, inspired him to become involved with the trade union movement as the International Affairs Officer for Unions WA and then as the WA representative on the Australian Council of Trade Union’s (ACTU) International Affairs Committee to raise awareness and foster action for workers in countries of the South. In 1991, he established SIGTUR, the Southern Initiative on Globalisation and Trade Union Rights, bringing together trade unions from across the world and showing his deep commitment to social justice and labour rights. Rob’s approach combined an understanding of the unique experiences of other people and contexts, with an ability to develop solutions based on his academic understanding.

Associate Professor Romit Dasgupta – Posthumous – Romit graduated from UWA in 1986, with a Masters in Japanese Studies in 1990 and a PhD from Curtin in 2005. He first taught here in 1992, and then took a tenured position in 2000, teaching units on Japanese language, society and popular culture in Asia. His research in Japanese masculinity is world-renowned and more recently, his research into the connection between Japan and Turkey and the positioning of the countries in Asian research was innovative. Romit learnt Turkish, spent time in Turkey as a visiting scholar, and became an active and loved friend of the Turkish community.

However, Romit was nominated for this award by numerous colleagues, both academic and professional staff, because of the person he was. Professional, highly organised and respectful to all, he was proactive and willing to help others in regard to any issues, consistently demonstrating his passion in supporting his colleagues and students, all of whom he considered senpai – a senior friend. He had genuine interest in people, taking time to talk and remembering everyone’s name, as well as that of their partner and children. A word that came up time and again in his supporting statements was ‘empathy’. It is clear that Romit was a truly kind and caring colleague and friend.

Romit had the ability to create a relaxed, easy-going and inclusive environment which did not discriminate by age, gender, race, religion or language.

“He made our staff and student community at UWA a much kinder and caring place to work and learn in”.

“I cannot speak highly enough of the memorable Romit Dasgupta as a thoughtful scholar, colleague, teacher, friend, author and mentor. Romit had a fine, inquiring, far-reaching and encouraging intellect that he was always willing to share with others in a very generous, supportive and self-effacing way. His contribution was not only to UWA and Asian Studies: Romit’s contribution was and is everywhere”. 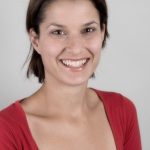 Dr Louise Naylor  – Employed at UWA –  in recognition of her ‘many and varied positive influences on colleagues and students at UWA and in the healthcare sector of WA’. Louise has been a leader in the establishment of exercise physiology as an allied health profession in WA where she’s applied her unique skills and knowledge to directly address the nexus between the higher education of the students she teaches and mentors, and industry. 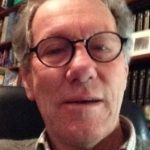 Professor David Forbes – No Longer Working at UWA – for his significant impact on the quality of health care delivery over the past 50 years. Paediatrician, academic and health care leader, David has contributed to direct clinical care, health policy, workforce development and research and teaching, with a lasting and positive effect on all those around him with his kindness, compassion and patience.

Dr Judith Maitland – Posthumous – for her ‘enormous energy, an endless enthusiasm for madcap fun and an infectious love of the classics’. Judith was a committed and popular teacher in Classics and Ancient History, who instilled in her students her own passion for the languages and literatures of Latin and Ancient Greek and is widely, and fondly, remembered for her dramatic productions of the classics.” 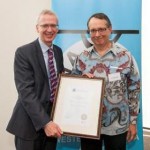 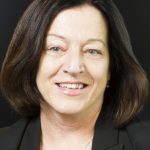 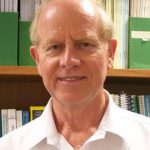 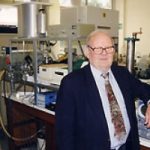 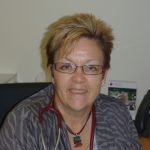